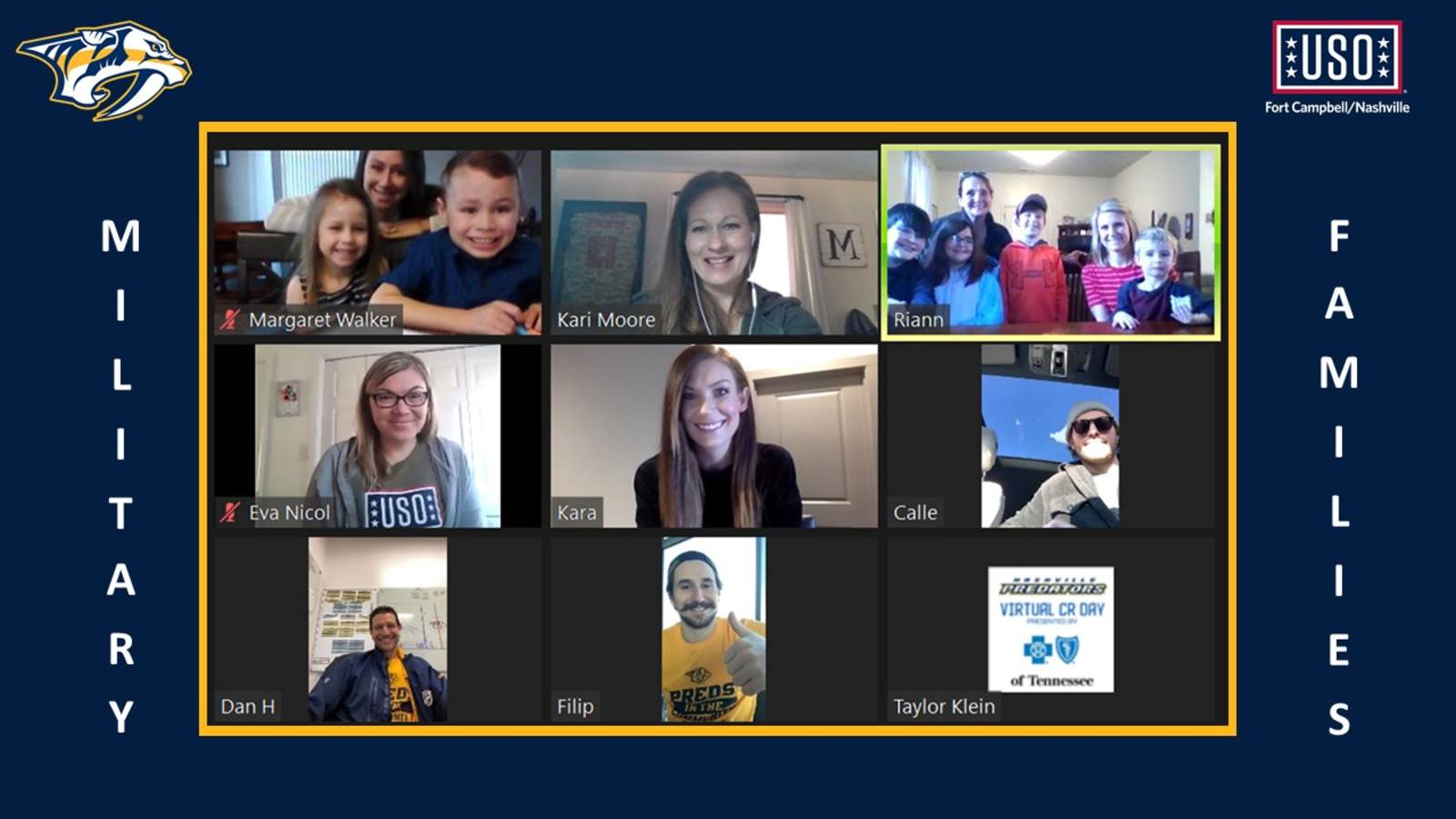 Military families stationed at Fort Campbell, Ky. and in neighboring Tennessee, had a chance to virtually face off with professional NHL hockey players from the Nashville Predators.

On Jan. 13, 2021 using the power of Zoom, service members and their families were able to ask questions live to left winger Filip Forsberg, center Calle Jarnkrok, and Predators assistant coach Dan Hinote. But answering questions was not enough for these competitive players who then challenged the military families to a rowdy game of Pictionary!

“It is so meaningful when we have a partner that goes far beyond the limits of the official partnership to do something so impactful for military families. Watching it unfold, as the kids became that magical cross between energetic and shy, was so much fun. Filip, Calle, and Coach Dan were so accessible, and it was an honor to spend time with them as they connected with these families in such a unique way, ” said USO Fort Campbell and Nashville Executive Director, Kari Moore.

The Nashville Predators enjoyed the time to virtually meet military families. “(We) recognize the great sacrifices that are made every day by those who serve in the United States military and their families. Our organization understands the importance of supporting these men, women and children, and we are extremely proud to partner with the USO on the life-changing programming that they offer,” said Taylor Klein, Nashville Predators, Community Relations Coordinator.

Connecting with the Nashville Predators boosted the moral and spirits of one military family who had recently moved to Fort Campbell from Fort Benning in Georgia.

“The Zoom [call] was amazing for the kids. They talked about it every day and counted down the hours for the call. It was so heartwarming to see them get so excited about something that was just for them. They go crazy when they see the players they talked with play and they talk about it every day. It was such an honor to talk with them and coach. I can’t believe they had the time two days before their game,” said Maggie, a military spouse.

Other military families were just as excited to participate in the Zoom call with the Nashville Predators.

“We love the Predators. They are a known military supporter and we support teams who support the troops. This has also been the first time we’ve lived near a professional NHL team and it’s been great to adopt a home team who has a record of service to the community as well local food banks and the USO.” said Riann Doyle, another military spouse who participated in the call with her children.

Working with community partners and professional sports teams like the Nashville Predators enables the USO to support our service member and their families no matter where their service takes them.

“It has always been an honor for our organization to support the armed forces in a variety of ways, like hosting military members and their families at games and throwing baby showers for military moms-to-be. During a time when these cherished opportunities are not possible, we were thrilled to offer a virtual bright spot for these families despite the inability to come together in person,” said Klein.

-Sarah Kemp contributed to this report.