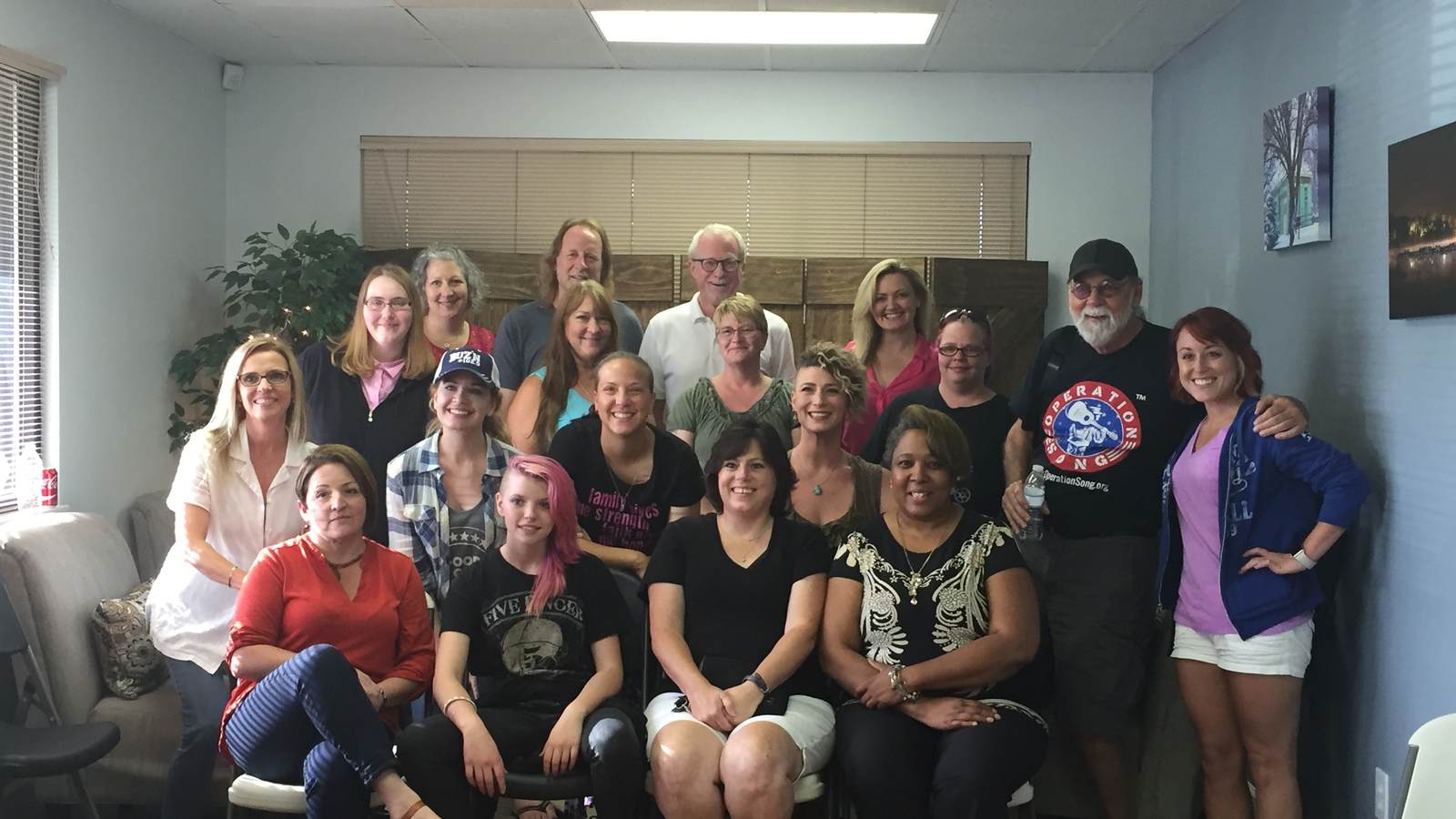 Operation Song is an amazing program that allows veterans and active duty service members to come together and turn their memories into songs. Program directors Bob Regan and Dan Goodman have been helping service members make music out of their combat stress and service, but at this event they turned their attention to their caregivers. Jackie Ahlers, a champion for caregivers had been trying to for some time to have a song writing retreat for caregivers so that they could share their struggles keeping the home fires burning but was unable to make that dream a reality. When she passed her husband requested that in her memory all donations be made for the caregiver’s event. Bob reached out to RP/6 where he holds Thursday classes to partner with him to bring Jackie’s dream to light. The result was the Jackie Alhers Memorial Caregivers Retreat. We matched 10 caregivers with 10 songwriters and it became an event to remember. The songs that came from the partnership were professionally recorded and produced to make a cd that will last the ages as the memories are passed on from generation and generation. Operation Song and the Partner organization SOAR are just two of the amazing Health and Welfare programs we have here at USO Fort Campbell RP/6. We know that reconnecting with friends and family means documenting the hard times and well as the success and we want to help foster than connect. This event and more are great ways that USO Connects.